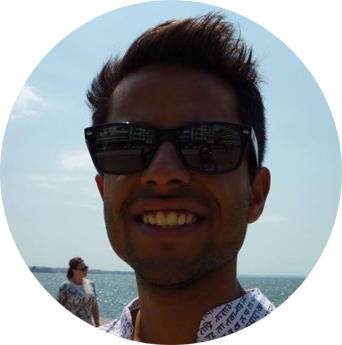 I aspire to work at the cutting edge of science, to discover new knowledge and to advance future clinical practice while maintaining clinical excellence.

Propelled mainly by curiosity, I have always been fascinated with how we use technology to solve our problems and to improve our daily lives. My self guided exploration of technology has taught me how to 3d print, design circuit boards, program microcontrollers, build bioreactors, apps and automate (almost) anything, even watering my bonsai (Bonsai Hydration System, Patent Pending). My experiences both working in the NHS and also being a "patient", have taught me the difference between care and treatment, ultimately leaving me with a desire to understand people and behaviours.

Self Quantification, Bio-hacking and Automation

Twice elected Chair of the Association of British Undergraduate Surgical Society (ABUSS) at the RCS, England, 2015-2017
I was re-elected as the candidate of choice to lead ABUSS’s transformational change. By working together I successfully transformed ABUSS into the British Forum for Aspiring Surgeons, and launched their first website www.thebfas.co.uk

Student TEL Ambassador – 2014-16
Student Technology Enhanced Learning ambassador and student representative in the “Changing the Learning Landscapes @ HYMS” project, to re-evaluate existing technology and consult on new technologies and their implementation at HYMS as well as improving student engagement with teaching and learning at medical school. (http://aseemmishra.co.uk/work/changing-learning-landscapeshyms/)

Prosthetic Joint Infections and the role of Silver: A Review

Research Governance, Regulations and Frameworks An overview of the major regulations that must...

What makes us happy?

Overview of Dizziness and Vertigo

Do Religion and Spirituality reduce grief?

What is the value of Qualitative research in Evidence Based Practice?

Private: How could the internet of things (IOT) help people to live happier for longer?

The UK has an increasingly ageing population; by 2030 one in five people within the UK will be...